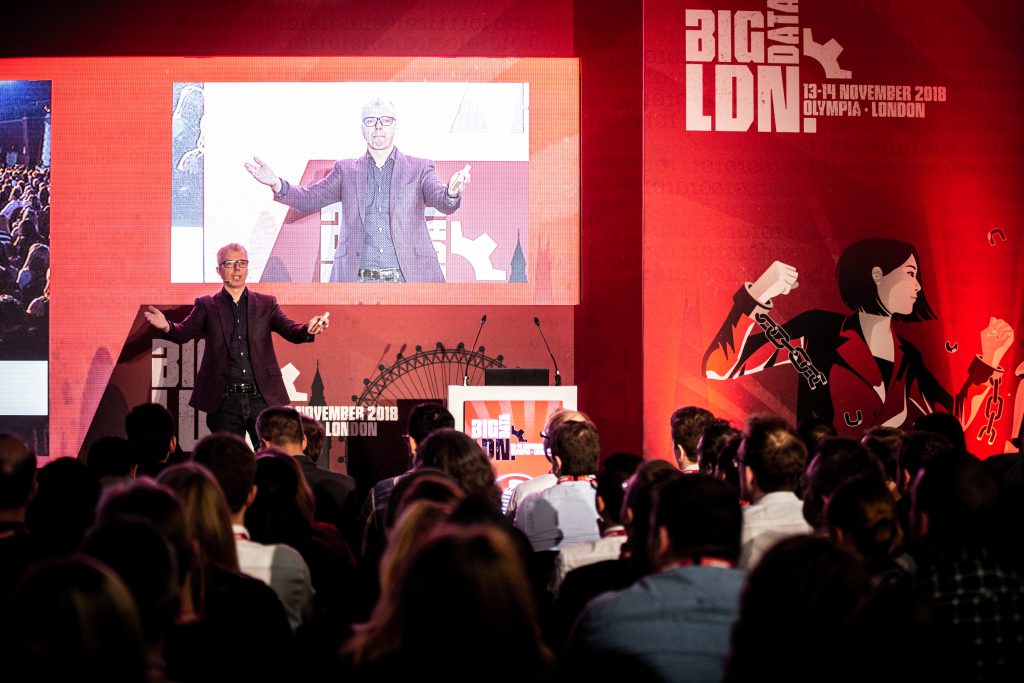 This year’s event, supported by the government’s newly-formed Office for AI, is putting a spotlight on data privacy and ethics, aiming to help businesses navigate the future in a world steered by data. Delegates will hear from more than 150 data experts and visionaries including Google, Microsoft and Cloudera.

Chris Wylie, best known for his role in setting up, and then taking down, the cyberwarfare firm Cambridge Analytica will also take to the stage in the Keynote Theatre at 15:50 on Thursday 14th November.

Bill Hammond, Big Data LDN Event Director said, “The data universe is expanding. More and more UK businesses are striving to become data-driven, yet on this journey, many face challenges in culture, bridging the skills gaps and the blurred lines between data privacy and ethics. Not to forget how UK data leaders need to consider the ongoing Brexit turmoil and mounting regulations when setting a data strategy.”

In its fourth year, the 2019 Fourth Industrial Revolution (4IR) report will be launched a week before the event on Wednesday 6th November. Surveying 500 UK data experts across 8 industry sectors the report delves into the current state of data initiatives in UK businesses. Early findings revealed:

Bill Hammond continued, “Before taking a giant leap businesses need guidance when navigating the future of data. Big Data LDN brings together the best and brightest UK data leaders to accelerate the conversion and enable businesses to learn from technical and business-led conference theatres, with real-world use-cases and panel debates.”